The gold standard test for diagnosing the debilitating genetic disease cystic fibrosis (CF) can provide ambiguous test results and is poor at monitoring disease progression. A new study by researchers at McMaster University and the University of Toronto, Canada have identified chemicals present in infant sweat which can be used to provide a more conclusive diagnosis and offer potential drug targets for new therapeutic interventions.

CF is a disease caused by a defect or mutation in the DNA code for the gene CF transmembrane conductance regulator (CFTR), which is responsible for the transport of water and salt in and out of cells. In general, individuals have two copies of every gene, one from each parent, so if one copy contains any mistakes there is another one to compensate.

In the case of CF, people with one defected CFTR gene are called “carriers”, as they carry the gene mutation but do not have the disease, and individuals with mutations in both copies have the disease and are symptomatic. The condition causes a build-up of sticky mucus in the lungs, pancreas and digestive system, which in the case of the lungs, causes bacteria to become trapped, leading to reoccurring respiratory infections and extensive lung damage. In the pancreas, the mucus prevents digestive enzymes from being released, which disrupts food digestion and absorption of essential nutrients [1].

Early diagnosis and intervention is critical in the management of CF, especially in infants. One of the hallmarks of CF is that patients have “salty sweat” because they have 2 to 5 times higher levels of chloride in their sweat compared to the general population.  As a result, the current gold standard for diagnosis of CF is the sweat test, which was introduced approximately 60 years ago and involves placing a gel disk on the forearm of an CF positive infant, to measure their salt levels.

Unfortunately, the test is poor for staging disease progression and at discriminating between CF carriers and those with CF disease, particularly in borderline cases. Therefore, Macedo and colleagues have investigated whether other molecules present in sweat may provide more diagnostic value. To date, the chemicals present in sweat remain largely uncharacterized [2].

In the study, sweat specimens from 18 CF confirmed infants and 50 infant carriers from two separate hospitals were collected and analyzed.  The researchers found that the levels of four chemicals were significantly different between the two groups and interestingly, two of these were amino acids.  These different chemicals not only have the potential to act as a red flag for CF diagnosis, but they may provide a clue into how the CFTR mutation effects the body and contributes to disease symptoms, outside of the lungs and digestive system.

The authors of the research paper, published in the journal ACS central science, commented that although this study had a small sample size, the rich information available in human sweat can give doctors and scientists a new perspective on the underlying mechanisms of CF disease and help doctors accurately assess patients, when faced with  “intermediate” sweat test results.

Sweat testing is an easy, painless and noninvasive method for detecting CF disease, and in light of this new research, complementary metabolite analysis may offer a more complete picture of this genetic condition. Furthermore, characterizing the individual chemicals present in the sweat of CF babies, may provide new targets for pharmaceutical development of much needed novel therapies [2]. 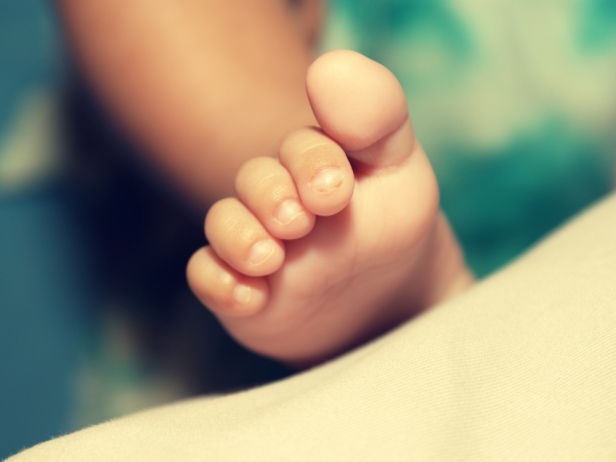